All .uk domains registered, with the exception of gov.uk and ac.uk are handled by a company called Nominet, they ultimately control .uk domains.  Nominet is a not-for-profit company owned by it’s members, who pay a membership fee each year.   We are one such member and have been since July 2000 and back then Nominet was a very different company, run by the pioneers who helped make the internet and web what is today. 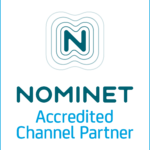 What has gone wrong?

In short, Nominet is being run more and more like a for profit venture and way from the non-profit public benefit organisation it was created as.

Since 2016 Nominet has increased revenue 50% whilst at the same time reducing the amount it spends on public benefit by 65% and increasing directors pay by 70%, it has also tried to move in to various other fields that it has since abandoned after spending large sums of money on them – Money that you’ve paid to Nominet for running the domain name system in the UK.

Nominet launched direct.uk – meaning you could have kdaws.uk not just kdaws.co.uk, a large number of members objected to this because it would mean businesses paying for another domain to prevent someone trying to scam their customers by registering the .uk version of their .co.uk domain name.  Nominet dismissed the concerns and launched a re-engineered consultation to get the answer they wanted.

Members have been raising these issues and many more with Nominet for a number of years, but it has generally fallen on deaf ears, as evidenced by Nominet brushing aside independent reports that they themselves commissioned, rejecting their concerns and recommendations that members and ultimately domain owners were not being represented.

The most recent report produced by Sir Michael Lyons in 2016 called for increased member engagement, yet during the most recent AGM Nominet gleefully closed their members forum with no notice to members who were at the time using it to discuss the very same AGM.  In one stroke, several years of discussion and content were removed from members.

A prime example of not listening and deciding what is best for members is the new Registry Advisory Committee – the structure and terms of which have been set by Nominet without any prior consultation by Nominet with members. Only now are they asking for feedback, but if past consultations by the current management are anything to go by, nothing will change and the terms Nominet set will be the terms that are implemented.

We believe in Nominet’s founding principles

We believe in the founding principles of Nominet, that it should be not-for-profit, for the benefit of all stakeholders, that’s why we support the campaign at PublicBenefit.uk to remove the current non-elected members of the Nominet Board and replace them with two temporary custodians tasked with bringing Nominet back to its original purpose of running the .uk namespace.  You can find full details on the PublicBenefit.uk page.

Not only do we and many other members support this, but also three of the original founders of Nominet have come out and backed the plans.

We’d appreciate your support for the campaign in whatever way you can.  If you have domains registered with other providers then please ask them to back the campaign and if they aren’t willing then we’d encourage you to move them elsewhere to a member that does support it (even if it isn’t us).

Since 2015 the cost for members to register a domain name has risen by 56% to pay for projects not related to your domain name and on massively increased executive pay – ultimately, you’re paying for it.

Momentum builds behind campaign to fire Nominet CEO, board – though success still far from certain

FacebookTwitterRedditLinkedInWhatsAppEmail
Page load link
We use cookies...
We're sorry to intrude, but we use cookies on our website and that means we need to tell you about them. We use cookies to help make our site better (where are people clicking etc.), help when ordering from us (your cart), when booking appointments and for working out where our customers are finding out about us, as well as for allowing us to target our online advertising (no one likes to waste money do they?).

Functional cookies help to perform certain functionalities like live chat, sharing the content of the website on social media platforms, collect feedback, and other third-party features that improve the functionality of our site for you.